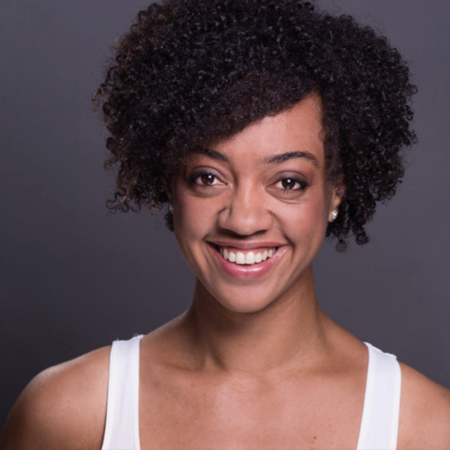 Beryl Bain, who was a recipient of a 2001 Promoli Scholarship (now known as the Future Fund Scholarship) recently took a moment to reflect on how the scholarship helped inspire and support her to begin her journey as an actress. On March 16th, Beryl opened in her latest role in I Marcus Garvey with Theatre Archipelago.  Beryl began her formal training in acting at York University where she was awarded the Jean Gascon Award in Acting and since then has been part of many theatre, television and movie productions including three seasons with the Shaw Festival.

"I feel lucky to have been honoured for my hard work at such a formative time in my life. Winning scholarships in my final year of high school encouraged me tremendously and reinforced my skills and talents, which was invaluable.  Adolescence can be a sensitive time and I remember that discretion was very important to me. I remember being quiet about my personal finances back then for fear of being judged as different or as a 'charity case'. I didn't want to call attention to myself- I simply wanted to achieve my personal goals and contribute to my community. The scholarship was one of the things that made me feel genuinely supported and encouraged. It was an inspirational gift as well as a practical one; it increased my self-esteem and made me feel as though I could accomplish anything.

"Thank you for your support- it meant a lot to me as a young student, and I encourage you to keep up the fantastic work!”