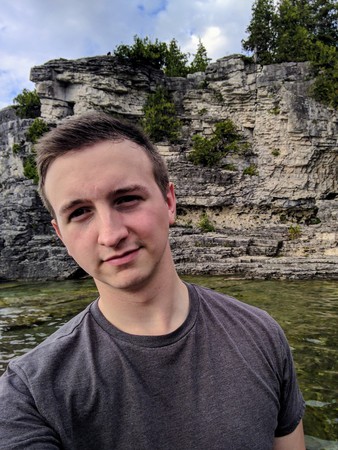 Growing up, Alex was interested in architecture or design, fascinated with drawing and making new things that could be tangible and memorable. Unfortunate circumstances, including foster care and later an independent living situation, placed financial constraints that applied a troublesome pressure on Alex, forcing him to make the decision to work full-time in property maintenance over attending high school. Prioritizing work over school, Alex’s attendance dropped significantly jeopardizing his chances to graduate. “I was focused on the job since it didn’t seem realistic that getting through high school would really get me anywhere.”

Encouragement to finish high school from his case worker and a close friend were constant reminders that there was a chance, that there were people willing to help. Alex was introduced to the Children’s Foundation Scholarship Program, which opened his eyes to future possibilities and ignited a spark in him to go back to high school and graduate.

“I had never even fathomed that it was possible. Learning that it was gave me a huge push to go back to school and not waste this chance. It made me realize that I could afford to make a career choice and pursue something that could really get me somewhere in life.”

Alex spent months scouring through programs, schools and options and ultimately he decided to pursue a diploma in police foundations. He continued working, now as a security guard, while pursuing his diploma through an online distance education program at St. Lawrence College.  With very high marks, Alex is well on his way to graduate police foundations, after which he is considering working with the RCMP.

Alex told us that the scholarship program “showed me a way out of a rut that could have damaged my life for quite some time. It opened a world of opportunities that I had never even given thought to and showed me that there was so much more out there for me. It also showed me that there are people who care a tremendous amount about the well-being and success of others.”

For someone in Alex’s situation, the daunting costs of post-secondary are a huge deterrent to even considering it as an option. “An opportunity like this can be a life-changing event. It can be hard to measure this type of impact on people but just speaking from my experience I can say that this has opened my eyes to so much more and put me on a path that I am really excited to continue down. Supporting programs like this are supporting the hopes and dreams of individuals.”

From dreams of drawing and design, through challenging years growing up, to being poised to graduate as a police officer, Alex was always motivated to create a better life for himself. Through meaningful work as a police officer, he will undoubtedly have a tangible and memorable impact on the lives of those he will be serving and protecting long into the future.