Power Off and Play 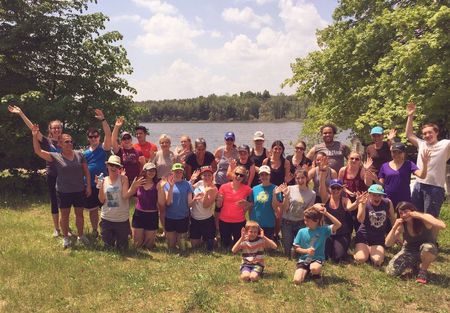 “Going to camp, making new friends, and spending so much time outdoors swimming and playing games, was the highlight of my son’s summer!”

For many youth, spending time outside playing is not their daily experience. The statistics on screen time versus physical activity can be alarming with Stats Canada reporting that 60% of kids do not meet the recommended target of at least 60 minutes of moderate-to-vigorous physical activity each day. That number is even worse for teens.

Excessive screen time has been identified as a public health issue and too much time on screens – video games, smartphones, tablets, computers and television – is having a negative impact on children’s physical, mental and social health. Studies show that time spent being active outdoors is beneficial to children’s health and overall well-being. It has proven to improve academic performance, social skills and resiliency. In addition, time in nature boosts children’s mood and helps them manage stress and anxiety.

Luckily for hundreds of kids in our community, donors to the Free to Grow Program have given them the opportunity to unplug from screens and plug into the great outdoors and playful times with friends by spending their days at summer camp. And from the feedback we’ve received, it has not only provided all the benefits mentioned above, it’s also been the highlight of their summer.  Check out just some of the messages below that describe the joys and learnings these campers experienced this summer!

“My daughter’s favourite things to do were canoe wars, the overnight camp out in the clearing (where they got a little wet in the morning, but was still awesome) and she was thrilled to receive the morning dip award for the fifth year in a row. Her cabin also happily received the golden broom award, for keeping their cabin the cleanest, twice!  No small feat for teenagers.”

“My son has always struggled with his behaviour and forming friendships. This year was especially successful, as he managed to make some amazing friends, and was so excited to come home proud of himself and how welcome he felt. His happiest story was regarding the amazing shots he made on the slingshot range, and he proudly displayed the carved sticks he made, as well as the page filled with positive compliments and glowing comments from his friends and camp councillors.” 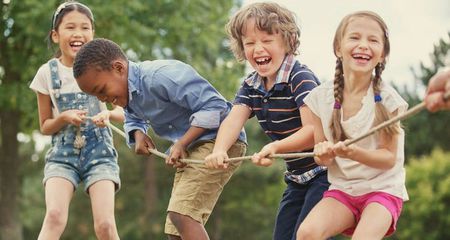 “My daughter has attended camp for the last two or three summers and it’s always the highlight of her entire summer. She can’t get enough of the songs (seriously, she sings them for weeks after, with the actions as well), loves the creations that she’s made, and can’t wait to tell us about the camp out, the skits she’s performed in, and all the dozens of new people that she’s met. She is filled with joy in telling us about sponge wars, and the time when someone actually had a real fish during the evening talent show. Camp has been such a blessing for our kids, and the lessons and memories they have made, will undoubtedly last a lifetime.” 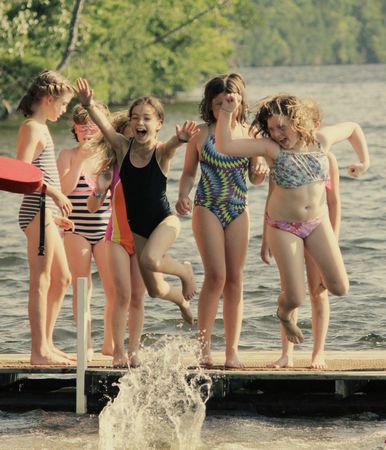 “Summer camp was amazing for my son! He went to the Leadership in Training 1 camp with the city and absolutely loved it! Every day he came home full of stories from his day of games they played, games he led, and funny things that happened with the little kids. He loved the training week, and loved his placement week! So much so, he did an additional week as a volunteer and got his community hours for high school! He is looking forward to next summer for LIT 2 camp and really wants to be a camp counselor as a summer job in the future.”

“This summer has been great because I was able to send both my kids to summer camps. They enjoyed their time so much, learned new skills and made new friends. Summer camp was special for my 4-year-old daughter because it is the first time she joined a summer camp at the Guelph Lake school. Every week they had a different theme - hiking, swimming, and biking. Every day she used to wake up in the morning and happily prepare herself to go camp.”

“She made three more friends while at camp and was already invited to another birthday party by the end of the week!!!  Camp provided her with an opportunity to try new activities and make new friends. It challenged her to step outside of her comfort zone and to take risks that she normally would not take.”

“My son’s experience at the university camp was fantastic! He had a great time! He told me ‘Mom, this camp is so cool - we get to go swimming every day in the university pool, and I’m a Gryphon now!’  Thank you very much for making his summer a very memorable and enjoyable one!"