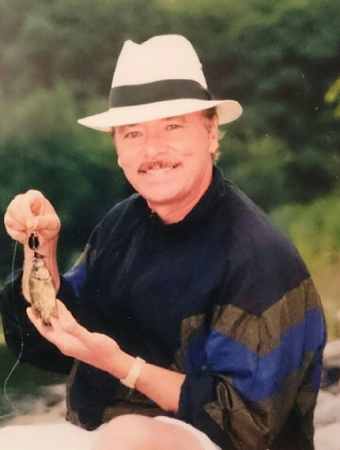 Michael Douglas started volunteering for the Children's Foundation in 2015, in the years he has been involved in the organization he has become instrumental in the planning and organization of Trees for Tots.  Michael has taken this event on in a profound and very personal way.  It is with certainty that we can say this event would not be what it is without his dedication and outstanding support.

His motivation for becoming a Tree for Tots (T4T) volunteer is both unique and very personal. As he touchingly tells his tale, "One very blustery winter day in November 2014, I was clearing the snow for an elderly neighbour, when I was approached by a lady who had been waiting in the vicinity for a taxi to take her home across town. The taxi was hours late as a result of the inclement weather, so I gave her a ride home and in the process learned that she was somehow related to a young man named Terry Jay who had tragically lost his life a few months earlier, helping someone in distress on the road. I was very taken by her stories about Terry. He was obviously a very kind person and he had been instrumental in establishing the inaugural Trees for Tot’s fundraising event with the CFGW. I was so moved by her story and Terry’s dream of helping children that after returning home I went online to learn more about Terry and the Children’s Foundation of Guelph and Wellington. The next day, I contacted the CFGW and asked to be registered as a volunteer with just a small introductory role in the upcoming 2015 Trees for Tots event."

Michael first volunteered with Trees for Tots in 2015 as a driver's helper, picking up trees at the curb and administering the related route paperwork. As he began to volunteer at other CFGW events such as the Fore Our Kids Golf Tournament, Brush Off, Rotary Club Ribfest, and the Around the World Gala, he felt compelled to assume a much larger volunteer role in 2016 Trees for Tots 2016. Michael got involved at each and every level of the event planning process in order to learn as much as he could about developing the entire event from the ground up. "Jumping in with both feet" he assumed an even broader volunteer role with the leadership team for Trees for Tots 2017.

Michael's astonishing contribution as T4T event team volunteer in 2017 started in September of the previous year with countless volunteer hours arranging everything from identifying sites and getting permission for mobile signage to promote T4T, to publicity, marketing and public awareness, to reaching an agreement with the Ignatius Jesuit Centre to receive the entire volume of mulch generated by the event for use on their extensive network of nature trails and other property environs.

Michael sums up what he gets out of volunteering with a nationally recognized, successful charity like the Children’s Foundation when he says "it allows one to put their knowledge and skills to productive use and instantly see the tangible results of their efforts mirrored in the faces of so many children". 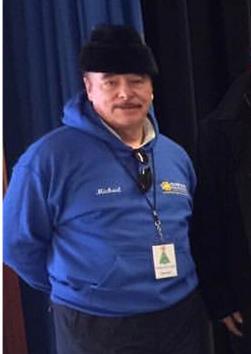 As Michael shares what he gets out of volunteering, it seems only appropriate to share the benefit to the organization he serves.Volunteering is at the very core of a human being, no one has made it through life without help from someone.  Michael is the volunteer who has decided he wants to make a difference, he doesn’t volunteer because it's easy, he volunteers because it's worth it.  Volunteers like Michael, make what we do possible, the Children's Foundation family of staff, volunteers, donors and community supporters join hands and together work to ensure that every child in our community will have a brighter future.  We will continue to work together until we meet the needs of every child in our community.

Thanks so much Michael for all of your hard work and dedication in enriching the lives of so many children and their families through the many ways you support the Children's Foundation!