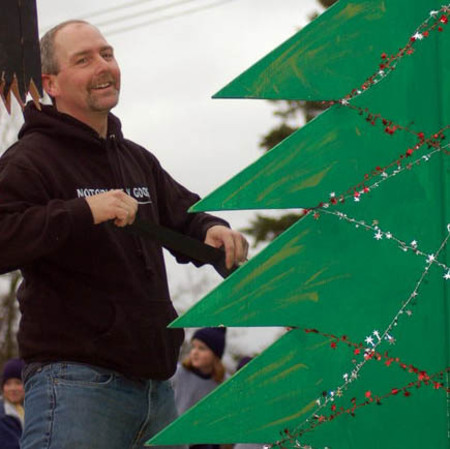 Jason Clattenburg makes a living by working at Toyota Manufacturing but that is such a small piece of who he is.  Jason has been an incredible volunteer to the Children's Foundation in so many ways.

Southern Ontario Amazing Race Director for 7 years (going on 8!) with countless hours going into meetings, planning, constructing, executing, and clean up.  It is almost a year round commitment with very little down time.

Worked on the Santa Claus Parade float in 2013.

Volunteers for the Trees for Tots program every year.

Builds the major decor pieces for the Around the World Gala for the past two years, bringing our gala to another level.

In just a call, Jason is there with a smile to help us with random things like picking up 120 cases of donated Wellington Brewery beer for our golf tournament!

We were thrilled to be able to honour Jason as our Volunteer of the Year at our Gala in October and look forward to every opportunity to work with him in the future.