Empowering the Next Generation 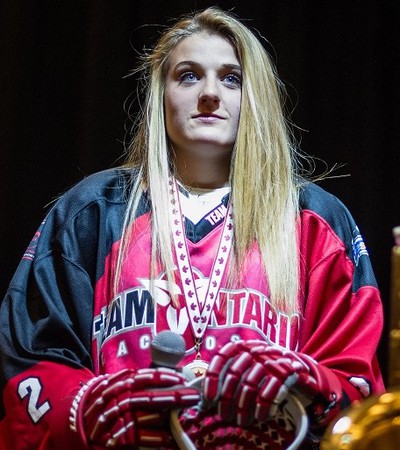 Empowerment is often reciprocal in nature. You become empowered so that you can work hard, achieve your goals and, in turn, empower others along the way. That’s exactly what Hannah Petty did. You might recognize Hannah as the inspiring young woman who told her story at the Around the World Gala four years ago. In 2015, Hannah spoke to our supporters about how lacrosse had changed her life and taught her many transferable life skills. Hannah has come so far since then and is building the future she envisions for herself.

Hannah recently turned 18 and has already had a lifetime of experiences that have shaped her into the inspiring, hardworking, compassionate leader she is today. When Hannah was a child, she dreamt of playing lacrosse. Her older brother Bill played and Hannah always wanted to be part of what the boys were doing. “I was always a tomboy growing up. I wanted to play with the boys and I got teased for not being like other girls,” says Hannah.  “I was always a fast kid. I used to do track and field and people would tell me how fast I was. Track was fun but I wanted to play a team sport. We didn’t have the money at the time, so all I could do was just dream about playing lacrosse someday.” Hannah’s mom wanted to say “Yes”, but she wasn’t in the financial position to do so at the time. That was until she applied for funding from the Children’s Foundation, which gave her daughter the opportunity to realize her dream. 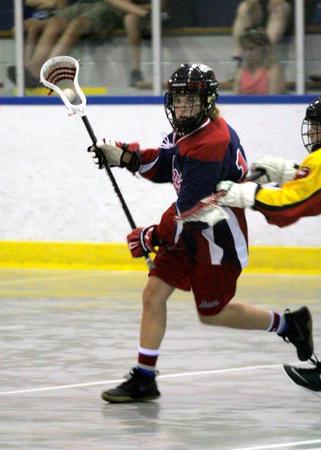 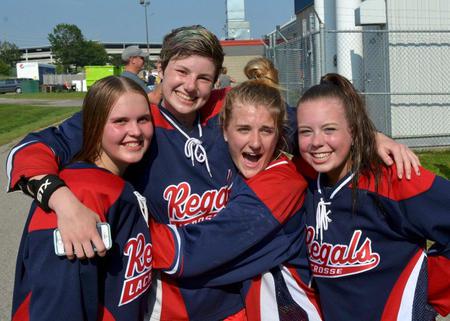 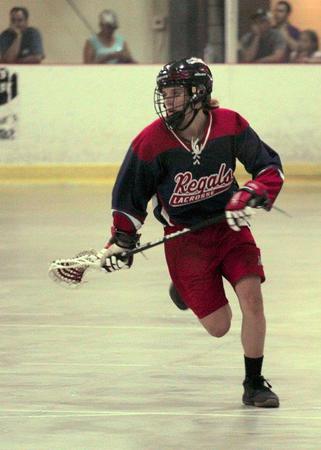 When Hannah first stepped onto the lacrosse field, she was a powerhouse. “I found a community of girls who were just like me – they wanted to run fast and play rough and tough,” she laughs. For the past eight years, Hannah has been playing lacrosse, working her way up to the coveted position of team captain and playing for Team Ontario. “Lacrosse was good for me for so many reasons. It was a sport I loved to play, but it also taught me a lot about leadership. As team captain, I got to do one-on-one leadership training with my coach. I was taught how to build my team up and give constructive feedback. It increased my self-confidence and really showed me how to inspire others to play their best.” Hannah also thanks lacrosse for teaching her about winning with dignity and losing with grace. “You have to be okay with losing before you can win,” says Hannah. The skills Hannah has acquired will serve her well in any situation, whether personal or professional, and she’s already using them now to empower the next generation of lacrosse players.

“I coach about three times a week. I’m Coach Hannah to a group of 4- and 5-year olds and I absolutely love it,” she says, beaming with pride. Hannah is the head coach for the Guelph Regals Tyke Team here in Guelph. “It’s crazy, I have kids on my team who come in not even knowing how to hold a stick, but by the end of the season, they’re catching, cradling and shooting the ball. I get to help them do that.” 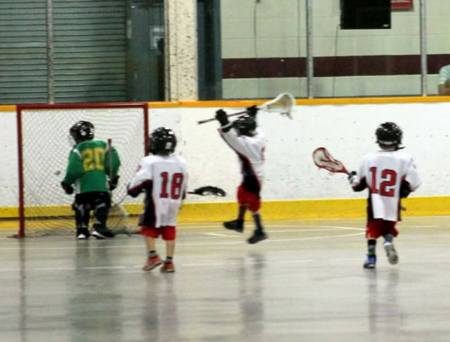 Hannah knows that every kid on her team may not go on to play lacrosse as competitively as she did, but that’s not why she does it. “You know, there are some kids whose parents sign them up and the kids aren’t completely sold on the idea. They aren’t the strongest players on the team – those are the kids I spend the most time with. I want to show them why I fell in love with this sport. Everyone has a strength they bring to the team – it isn’t about being the best, it’s about learning to work together.”  Although Hannah loves every child she coaches, she has a soft spot for one player in particular. “There’s this one girl on the team who reminds me so much of myself when I was her age. She’s so fast! She’s the only girl playing with all boys and sometimes she gets scared of getting hit. I jokingly tell her, ‘You can run faster than them, you don’t even have to get hit!’”

When she isn’t Coach Hannah to a group of energetic kids, Hannah is working hard to pursue her dreams off the field. “I just got into Pre-Health at Georgian College. It’s a great course and it will get me into the paramedic field. That’s where I’ve always wanted to be.”

Hannah is just one of the many youth in our community who had an opportunity through the Children’s Foundation that empowered her to grow into the incredible young adult she is today. “I’m so grateful to the Children’s Foundation. I didn’t know when I was a kid where the money for lacrosse came from. I just heard my mom say “Yes” and got so excited to play. All I could think was ’Wow, I have the best mom ever’!” The Children’s Foundation empowered Hannah with an opportunity to play and learn – but the rest was all her doing. Hannah’s confidence in herself, her strong work ethic, and her superior leadership skills have already taken her so far. We can’t wait to see where she’ll go from here and who else she’ll empower along the way.