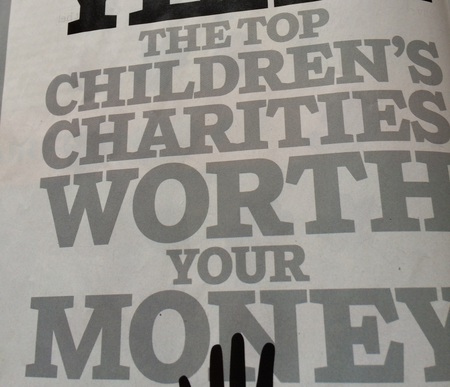 The Children’s Foundation of Guelph and Wellington has been included on the Financial Post’s annual Charities of the Year List. This year’s list “The Top Children’s Charities Worth Your Money” features 23 charities from across Canada and includes primarily national charities.

To build the list, the Financial Post scrutinized 740 children’s charities that raise more than $100,000 annually. The ratings were based on: filing accurate tax returns with the Canada Revenue Agency, being transparent with operations by posting audited financial statements on their website, flowing out fundraised money quickly to fund good works rather than accumulating funds, keeping overhead costs under 35% and most importantly, doing a great job of communicating the impact the donations are having using plain language and quantifiable performance metrics. The Children’s Foundation received a B- based on the scoring method established by Charity Intelligence. The top score of A+ was given to the Dave Thomas Foundation for Adoption.

Executive Director, Glenna Banda, says that it is an honour to be included on the prestigious list. “We have worked very hard over the past five years on many of the indicators used for this list including increasing our transparency and accountability to our donors and ensuring that they know the incredible impact they are making in the lives of local children.”  Banda added that she was happy to see that the ratings were based on factors beyond just the percentage of funds spent on overhead as it’s important for donors to consider various aspects before donating to a charity. “The need continues to rise for the services we provide for local children and I hope that the Children’s Foundation’s inclusion on this list will encourage more people to feel confident in supporting our good work.”