A Touchdown and a Role Model for Mark 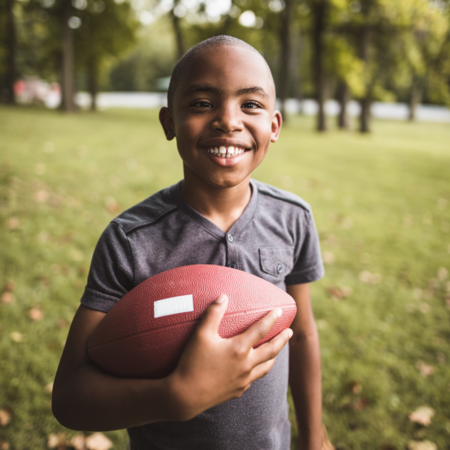 There is some serious end zone celebrations going on for Mark; this past football season he not only scored a touchdown, he learned the importance of being part of a team and met a positive role model. This would not have happened without the support of the Grants Program. His mom is a single-parent and currently looking for work, so there isn’t any extra money for sports.  This is what she wrote to us after his football season:

"He felt so good about himself, improving his skills has really built on his self-esteem. He has also learned so much about working with others and the importance of ‘team’. Mark’s coach was such a positive role model that Mark is inspired to be just like him one day and work towards becoming a professional athlete. This support is so much appreciated. This has really nurtured all of our well-being, thanks for caring!”

According to True Sport, coaches are a key influence on children developing character, the notion of fair play and morals. Coaches can help children build resilience and learn how to better deal with the challenges they may face as they grow older. A huge thank you to this inspiring coach and to the supporters of our Grants Program for giving Mark the chance to play football and build a brighter future.